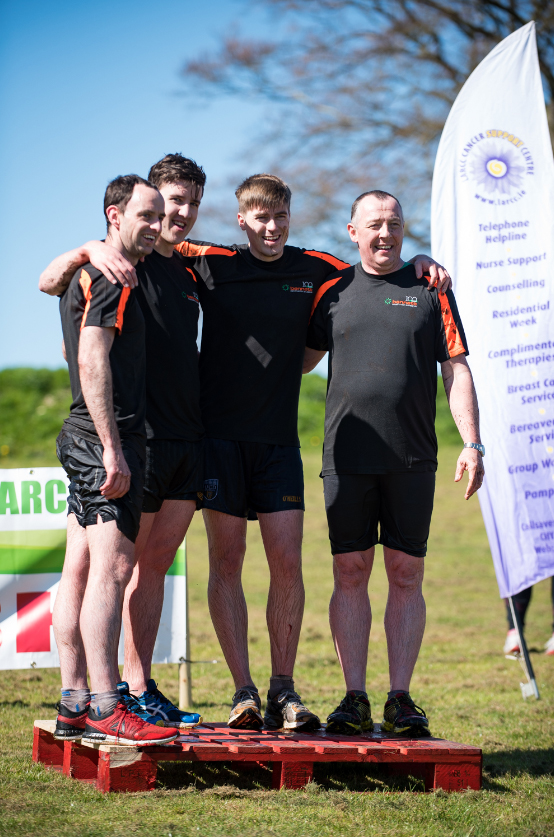 Hugh congratulations and well done to the two Bennett teams who took part in this year’s Westmeath’s Fittest Company on Saturday 21st April.  The competition was held in Lilliput Adventure Centre located just outside Mullingar.   31 teams from all over the County took part this year.  The course included a 1km tandem kayak on Lough Ennell, followed by carrying two 20kg sandbags, and one 20 kg water drum up and down a series of gruelling hills, then a run through the bog and bog holes, followed by a 200 m wade/run through the lake, and finally a short 100m dash to the finish line. Although our teams were unlucky and missed out on the trophy, they were lucky enough to raise a whopping €995 for local cancer support charity LARCC.

Congratulations and well done to the organisers and all the teams who took part in this great event.